skip to main | skip to sidebar

What's crawling around in your area? 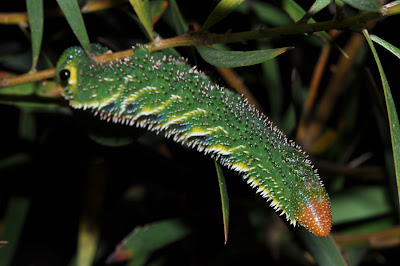 This is the larva of Australia's largest Hawk Moth. This photo was taken on a Hakea bush in my driveway. The caterpillar measured 10 cm (that's about the length of my middle finger).

In Australia there are 65 known species of Hawk Moth (world wide, 850 species).
The caterpillar has large eye spots on the thorax (the head is actually on the other end) which may assist in warding off predators. 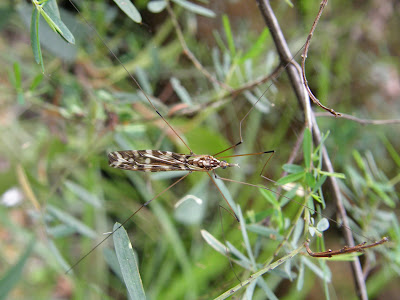 One of the key characteristics of this group are the long thin legs, hence the name daddy long-legs fly. These flies are often found near water and are often mistaken for super-sized mosquitoes. Luckily they don't bite! 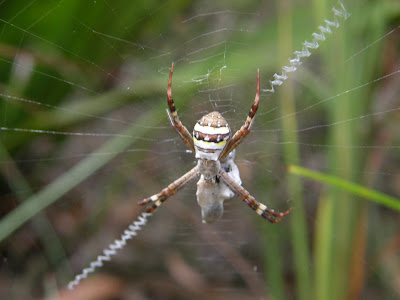 The St. Andrew's Cross Spider, is one of the most common spiders found on the east coast of Australia. The spider gets its name from the cross design woven into its web. When fully formed, the diagonal pattern is similar to the cross of the patron saint of Scotland. 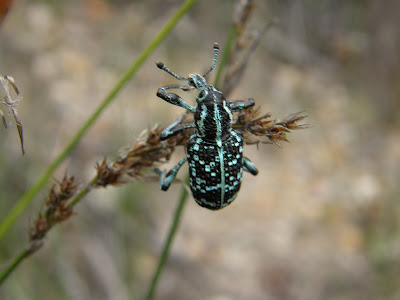 This weevil was one of the first Australian insects to be described, from specimens collected by Joseph Banks in 1770. 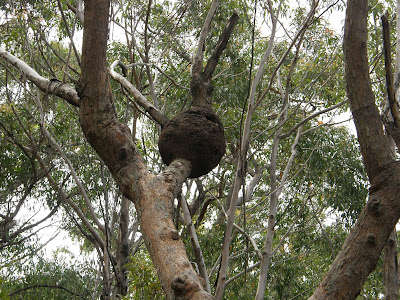 Termite nest on a eucalypt tree. 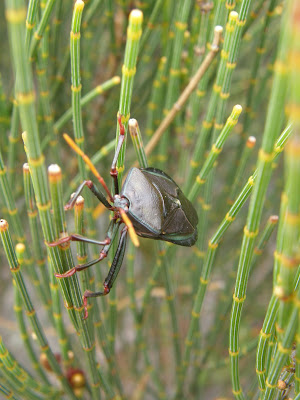 Still trying to work this one out.

We have those overlarge mosquitoes in Canada too.
I call them mosquito eaters... they're welcome in my home any time~